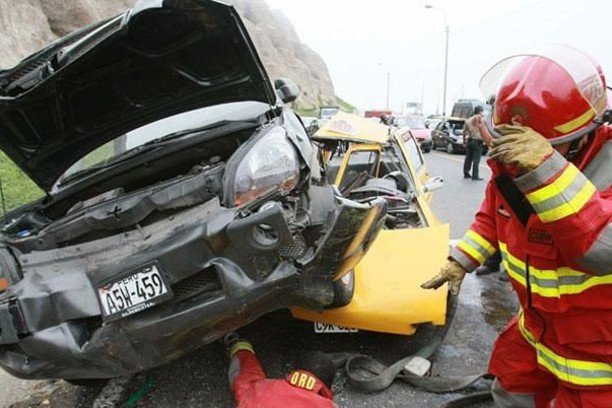 Traffic Deaths in Peru: Worse Than Crime in Peru?

If you were to guess which is deadlier in Peru, traffic or crime, which would you choose? Conventional wisdom would say that crime in Peru is certainly the bigger killer. Even though traffic in Lima clearly is insane, nobody is ever moving fast enough to really get killed in a crash. Traffic deaths just can’t be higher.

Today I want to clear up some of the common misconceptions about Lima, and by extension the rest of Peru. Much of what I say here can be applied nationally, and my statistics are national as well.

Peru is (not) Very Dangerous

Most Peruvians I speak to seem to believe their country is very dangerous. They are often surprised to hear me say that I feel safer here than I did in the United States. This seems unfathomable to someone in the developing world.

With sensationalist media hyping up every homicide, it’s easy to lose perspective. When you look at the top dangerous cities, Lima doesn’t even crack the top 50!

The most dangerous parts of Peru are Lima, Tumbes, and the Madre de Dios region, where you can find Puerto Maldonado. So, if crime in Lima isn’t even among the world’s worst, the rest of the country is in even better shape.

How does that compare to some of those most dangerous cities? Detroit, Michigan had 261 homicides in 2018, yet only 154 traffic deaths. Cancun had 547 homicides, and a paltry 19 traffic deaths!

The most common crime in Lima is petty theft. In most of those cases, someone simply demands you hand over your phone and your wallet. Guns may be involved, but they are usually there to scare you.

As long as you cooperate, the odds of anything worse happening to you are minimal. You can take steps to reduce your risk of robbery: Don’t wear flashy watches or jewelry, avoid certain parts of town late at night, and don’t show off your expensive gear (think cameras, phones, computers). Keep your head on a swivel too. Robbers are selective, and if you’re on guard, they’ll notice.

Traffic deaths, however, are much harder to avoid. You can drive safely, but other people might not. If you drive, always exercise caution and always be scanning the road. Threats may emerge from anywhere.

Traffic Deaths on the Rise

The number of traffic deaths in Lima for 2018 was 3244, a major increase over those 2017 numbers we mentioned before. This is the highest reported number since 2012. Wear your seatbelt, and use common sense when you drive.

Stay off the motorcycles too. And if you’d rather be driven, then trust a company that knows where the danger in Peru really lies.